Mdou Moctar at Acme Records and Music Emporium in Milwaukee on June 3, 2018

This was a show I was really looking forward to. Tours of musicians from the Republic of Niger are pretty rare these days, both for practical reasons as well as for the difficulties which musicians encounter when attempting to obtain working visas to be able to tour in the United States. 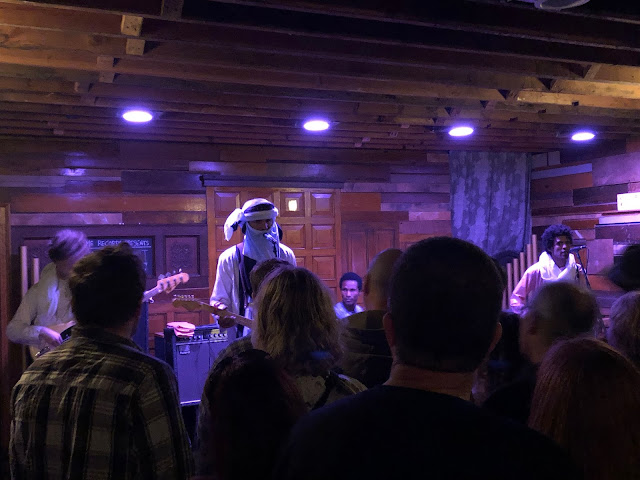 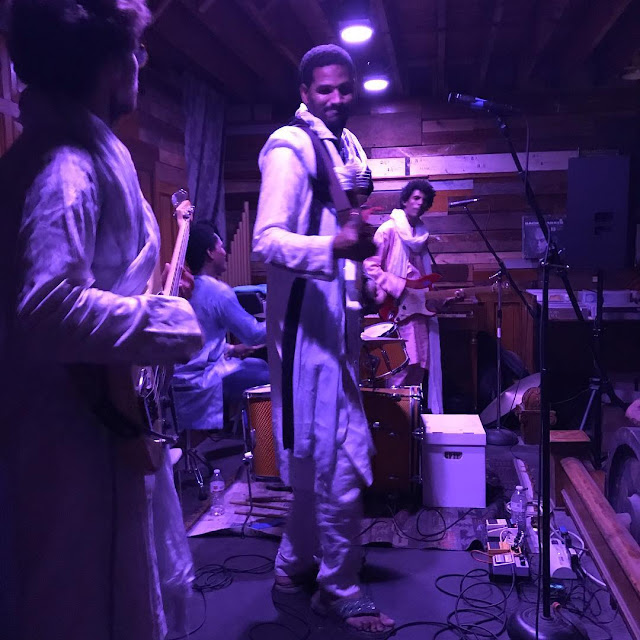 above photo courtesy of Ken Chrisien 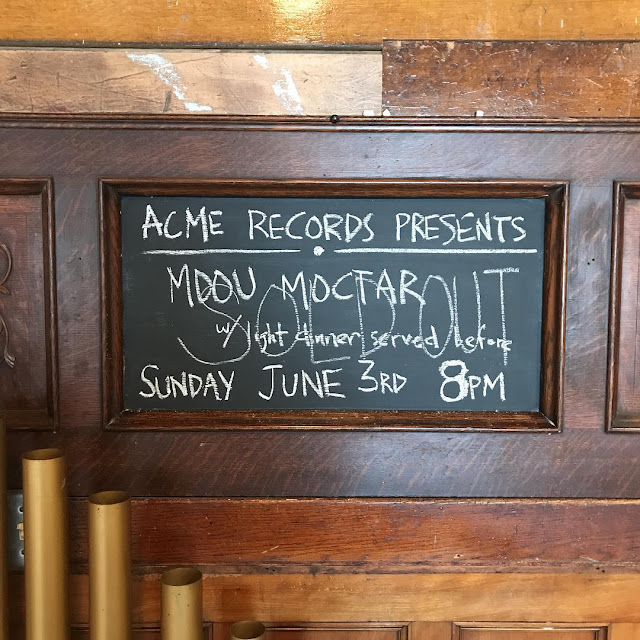 The descriptive paragraphs you'll see in almost every article and blurb about Mdou Moctar are here copied from the Sahel Records website:

Mdou Moctar hails from a small village in the Azawagh desert of Niger, a remote region steeped in religious tradition. As a child, he taught himself to play homemade guitars, cobbled together out of planks of wood. It was years later before he found a “real” guitar, teaching himself in secret. In an area where guitar music was all but prohibited, he quickly rose to the status of local celebrity amongst the village youth.

In 2008 he traveled to Nigeria to record his first album "Anar." A psychedelic reworking of the Tuareg sound, the electronic tracks featured innovative pitch bending synths, drum machines, and autotune. In 2010, he teamed up with the label and collective Sahel Sounds, releasing his first international album, “Afelan.” In 2015, he co-wrote and starred in the first ever Tuareg language film, “Rain the Color Blue with a Little Red In It,” a Saharan remake of Prince’s “Purple Rain.” In 2017, he again shifted gears to another sound with “Sousoume Tamachek,” a mellow blissed out recording evoking the calm desert soundscape, tackling religion, spirituality, and matters of the heart. 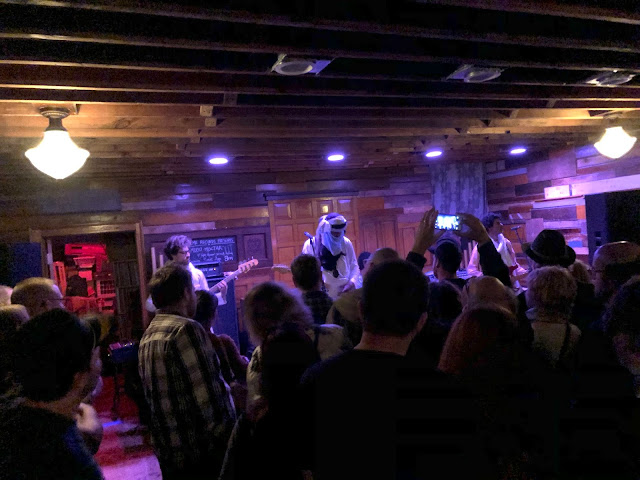 The concert was a bit later than originally planned, as this is the holy month of Ramadan and Mdou was observing his fast despite the rigors of traveling. A buffet of food was served at around 8:30pm and the show started about 9:30 lasting almost an hour.

Here is a sample clip:

The show was recorded with explicit artist and label permission by Richard Hayes using a pair of Beyerdynamic MC930 microphones on a 9-foot pole in the back of this acoustically wonderful room in a modified DIN formation and supplemented by a single Shure SM58 up front (to get a better drum sound into the mix). This was all captured on an Edirol R-44 recorder at 24/96 resolution. The files were converted to 16/44 using Audacity and then converted to ALAC (Apple Lossless format) and mp3 using xAct. 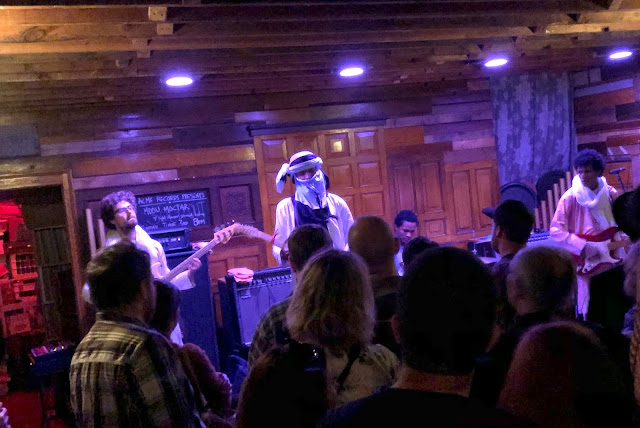 The store's PA system was only used for the vocals, which are a little bit buried in the mix -- my understanding is they were having some trouble with feedback on the vocal mic at the soundcheck. Acme is a wonderful acoustic space -- all wooden surfaces everywhere and the exposed rafters in the ceiling disperse the sound and help eliminate echoes. You can get a sense of the room in the pictures above.

It's a solid recording of a great show and I want to thank Sahel Sounds owner Chris Kirkley for helping me to get permission to record this wonderful artist and his band.

Please support this fine artist and the decent people in his band by going to their shows, buying multiple copies of their merchandise (your friends need the music), and talking to them like they are actual real human beings after shows. If you can.

A guide to download formats:
WAV = files which are able to be burned as a CD without any conversion steps. This is the largest size of file on offer here.
ALAC = stands for Apple Lossless Audio Codec, which is a method of making a lossless copy of an audio file with about 60% of the space required with a WAV file. You can play these files on any Apple device (using the Music app) and enjoy the same resolution and sound quality as a WAV file (it just takes up half as much space on your hard drive or device -- a shame, right?).
mp3 - this is a lossy compression codec which utilizes psycho-acoustic "tricks" and techniques to drop certain audio information which is not noticeable under normal hearing situations. I am not an enthusiastic fan of mp3 but still find it convenient because a high quality mp3 file will take up about 25% of the room on your storage device compared to a WAV file and about half as much as a ALAC file.