Ballister at the Sugar Maple, Milwaukee on September 27, 2017

Here we have a powerful set by the trio of Dave Rempis on reeds, Fred Lonberg-Holm on cello and Paal Nilssen-Love on percussion. The Sugar Maple has been host to a long list of free jazz luminaries, and I believe they have hosted Ballister several times. This concert was, as expected, full of energy and intricate interplay between the three members of the group, which has been releasing albums since 2011. 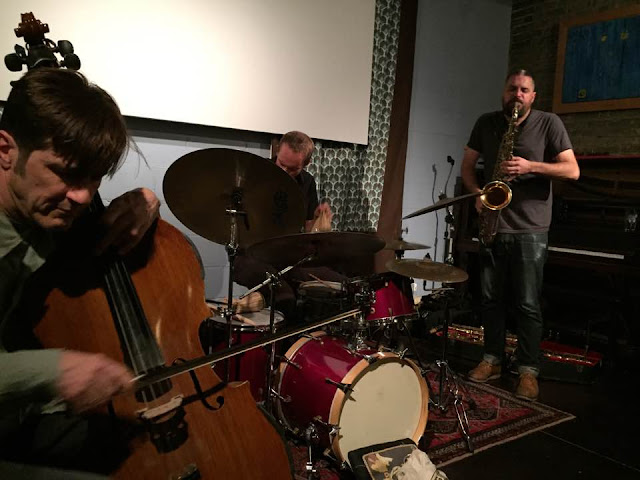 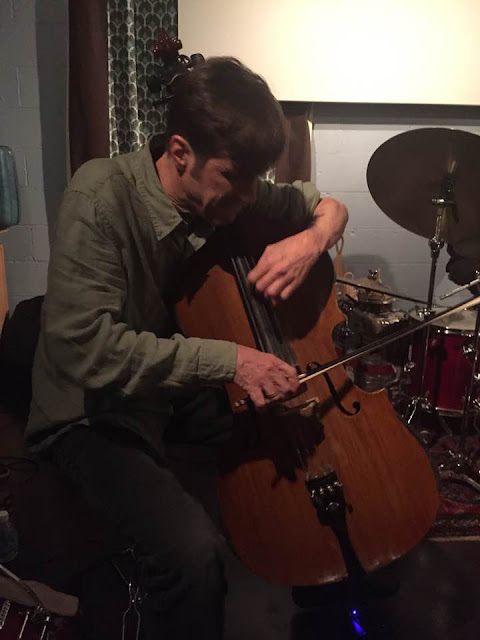 These two sets were recorded by Richard Hayes with a combination of a pair of Beyerdynamic MC930 microphones (with cardioid capsules) on a stand in the back and a venerable Shure SM58 up in the performance area a few feet above the floor near where Fred was playing, all fed into a four-channel Tascam DR-70D recorder. I was able to mix the three channels in Audacity to capture the sound of Fred's cello (and amp), which has a tendency to be lost in the room when playing a few feet away from a powerful drummer.