Rob Noyes at Acme Records and Music Emporium in Milwaukee on August 14, 2017 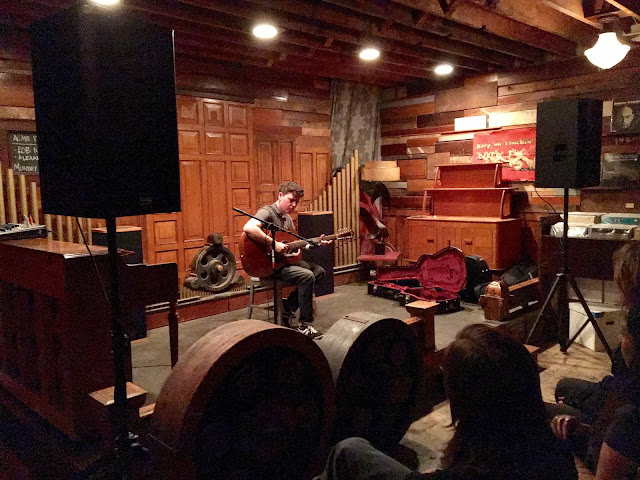 The first show to be posted on this blog is a delightful acoustic guitar set by Boston's Rob Noyes.  I will let Ken, the owner of Acme Records, introduce Rob with his blurb from the Facebook event page for this show:

"Late last year (December 2016) when his fantastic record "The Fuedal Spirit" came out, Acme Records ordered 10 copies without knowing the first thing about it really, other than it was a solo 6 & 12 string guitar record, and that the always great Poon Village label was putting it out. It was limited to just 330 copies, and I figured if it takes some time to get rid of, that's fine, I'll get to (presumably) enjoy listening to it in the shop for a while...

"After unpacking, opening, and putting it on the turntable at the shop, I listened to the first track and immediately contacted Forced Exposure and attempted, foolishly, to get more. I was informed they were all gone even before the release date, and that I was one of a lucky few shops that even got as many as I did.

"I sold eight copies of the record THAT DAY. Just like that, it was gone....and with good reason, it is an object of great beauty. Please check the link below to the Poon Village bandcamp page where you can listen to the record."

Here are some words from Byron Cooley:

"Rob Noyes has been on the Easter Massachusettes scene for a while, but what we've heard him play is music from within the context of electric bands, most of whom are loud as hell and exist somewhere within the rim of the post-core continuum.

"Most recently Rob has taken to displaying his solo acoustic guitar chops and they are massive. The Feudal Spirit is the first vinyl evidence of their 'shoulders.' Like Western Mass's Tony Pasquarosa, who mines the same widely-variant style-pits, Rob's approach to acoustic playing resembles his electric work only through shared-belief-in-a-strong-downstroke. On the way to developing his own compositional/performance approach, Noyes sometimes seems to have absorbed an almost infinite reservoir of influences. Apart from some superb Basho-like 12-string tunneling, most momentary fragments tend to recall legendary Limeys like John Renbourn (and through him, Davey Graham), because Rob's overt melodic structures tend towards the non-bluesoid. But then you'll maybe hear a note-sequence spiced like something dropped from the hot strings of Michael Chapman or even a powerful throng that makes you think of Wizz Jones. When that happens, you realize there's more of a blues base to some of the songs than you'd been able to untangle.

"Mr. Noyes hits a vast array of sub-genres on this album, and he hits them all pretty damn hard. Rob's playing carries the weight of many possibly-imaginary forebears, but the way he smears them all together shows a holistic mastery of touch and imagination that defies a lot of today's players, who tend to shine in short bursts, then allow their dreams to outrun their technique. Rob Noyes has no such apparent limitations.

"Like Raymond Pettibon, whose artwork graces The Feudal Spirit's cover, Rob's able to create a true form-gobble, making some real beautiful noise in the process. Around the world, licensed Hodologists whisper, 'Make mine Noyes.' Why don't you join them?" --Byron Coley, October 23rd, 2016, South Deerfield, MA. 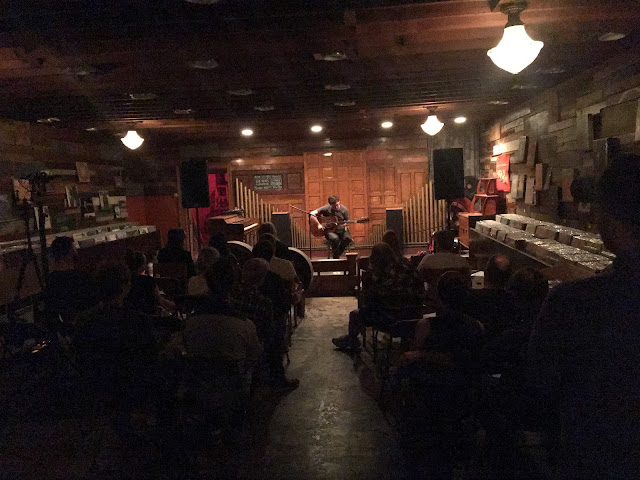 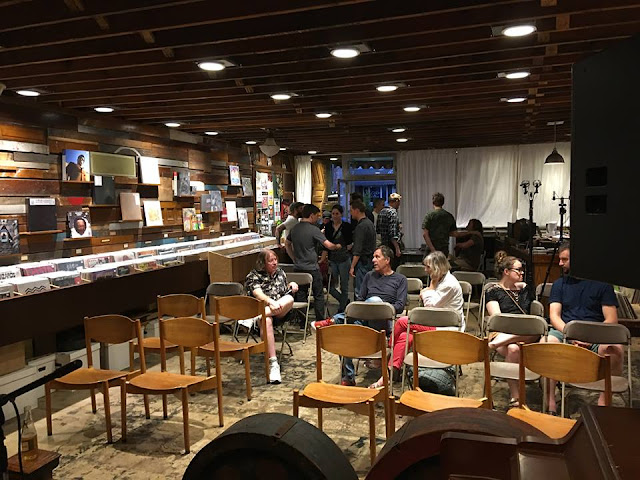 WAV = files which are able to be burned as a CD without any conversion steps. This is the largest size of file on offer here.

ALAC = stands for Apple Lossless Audio Codec, which is a method of making a lossless copy of an audio file with about 50% of the space required. With any apple device such as iPhone or laptop, you can natively play these files and enjoy the same resolution as a WAV file (it just takes up half as much space on your hard drive).

mp3 - this is a lossy compression codec which utilizes psycho-acoustic "tricks" to drop certain audio information which is not noticeable under normal hearing situations. I am not a fan of mp3 but still find it useful as a high quality mp3 file will take up about 20% of the room on your storage device as a WAV and about half as much as a ALAC file.