Alexander at Acme Records and Music Emporium in Milwaukee on August 14, 2017 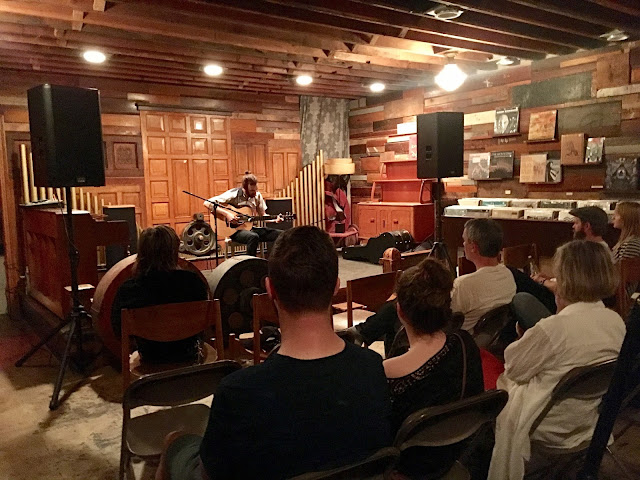 Our second upload is a recording of the opening act for Rob Noyes (our first music offering).

It was not easy finding out information about Alexander. A google search was as useless as you might expect. I asked Ken, the owner and overlord of Acme Records, what he knew about the performer and whether or not it possibly was an oversight about the missing last name. He told me that he had very little information about Alexander except that he was coming to town on tour with Rob and that his bandcamp page has some fine acoustic guitar music on it.

I checked it out and had to agree.

Having met Alexander, I must say that he is an extremely friendly and amiable person (as is Rob Noyes). We talked at length after the show and discovered a mutual love of Indian Classical music and especially performers in the style known as "dhrupad." Needless to say, that was not exactly something I run into everyday.

Alexander's music is bit more melody-based than Rob's. He tends to work in smaller units of music, often in 3-4 minute tunes. His picking style is clean and faultless. It bears repeated listenings quite well.

I hope Alexander decides to change his stage name a little to aid in getting the word out. I hope you, my dear readers, can check out his bandcamp page and purchase his very fairly-priced cassettes. 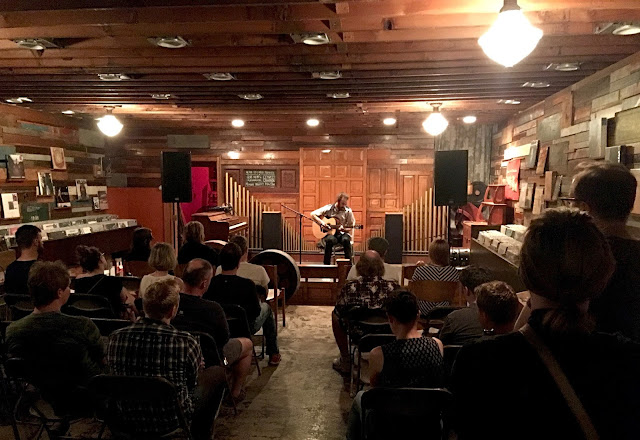 Tracklist (no names as far as I know)

A guide to download formats:
WAV = files which are able to be burned as a CD without any conversion steps. This is the largest size of file on offer here.
ALAC = stands for Apple Lossless Audio Codec, which is a method of making a lossless copy of an audio file with about 50% of the space required. With any apple device such as iPhone or laptop, you can natively play these files and enjoy the same resolution as a WAV file (it just takes up half as much space on your hard drive).
mp3 - this is a lossy compression codec which utilizes psycho-acoustic strategies to drop certain audio information which is supposedly not noticeable under normal hearing situations. I am not a fan of mp3 but still find it useful because a high quality mp3 file will take up about 20% of the room on a storage device as a WAV file and about half as much as an ALAC file.