Garcia Peoples is a New Jersey-based band who came to the 7th Milwaukee Psych Fest touring on the strength of their recently-released LP on Beyond Is Beyond Records, "Natural Facts."

In the meantime they have released another LP, "One Step Behind" -- which makes three full-length LPs in the past year and a half.

They will be touring the midwest again in mid-January 2020 with stops including Grand Rapids, MI, Milwaukee, and Chicago.

I don't have any photos from their set (which conflicted with either the Elkhorn or Dire Wolves set outside in the tent). So here are some random shots of the light show by the crazy wizards at Mad Alchemy. 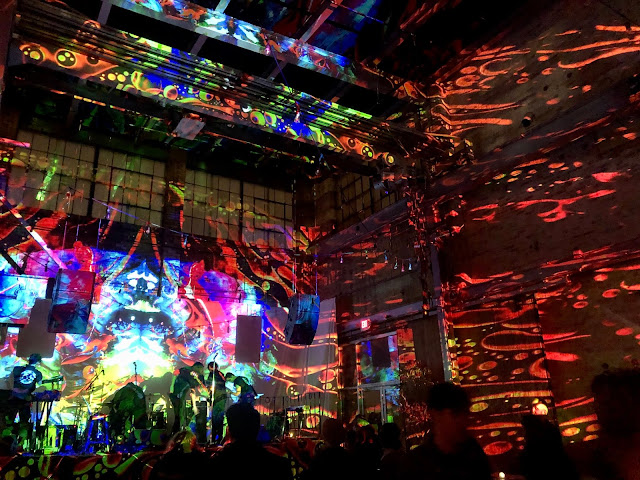 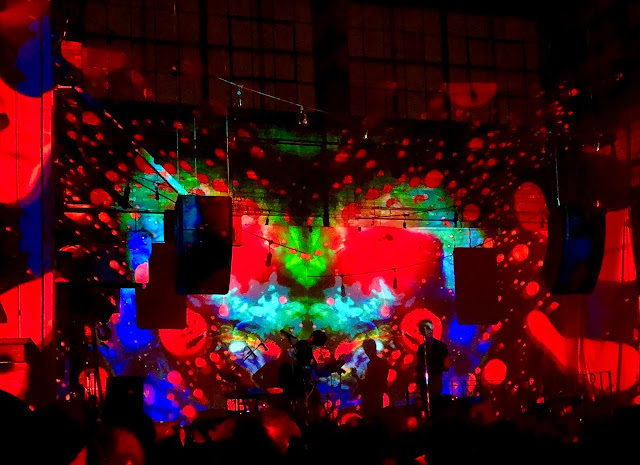