So here we have one of several posts that I thought I had already posted. My sincere apologies to Jesse Sheppard and Drew Gardner over the delay in posting these audio files which I had finished working on several months ago.

Elkhorn was one of several highlights of this year's MPF for me -- both their afternoon performance at Acme Records as well as this evening performance at the outdoor tent were peak psychedelic-folk masterpieces that will stay with me a long time. 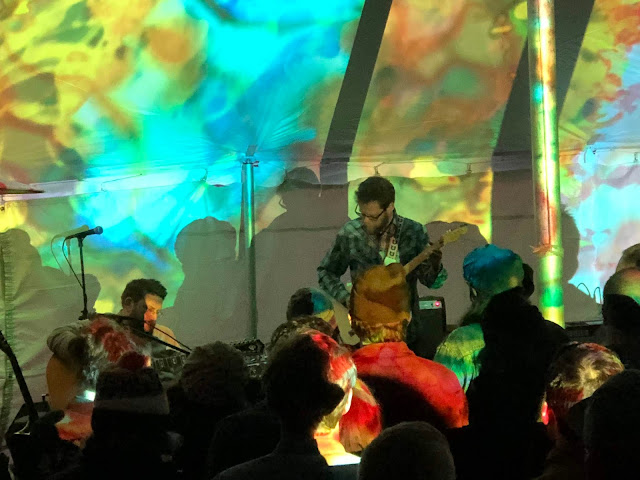 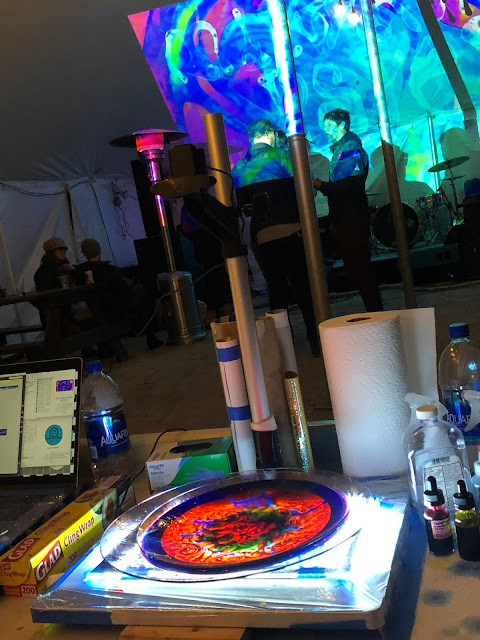 how the lightshow was made

I utilized my Beyerdynamic MC930 (cardioid) microphones in an ORTF stereo configuration at the back of the tent on a pole about 10 feet in the air. There was a soundboard feed provided by Max, a local sound guy who does great sound. I failed to "arm" channels 3 and 4 on my Sound Devices MixPre-6 recorder, so even though the levels showed up on the screen, the soundboard signals weren't recorded. One lives, one learns. The 930s are fantastic microphones however, and despite a tiny amount of audience chatter at times, the recording is excellent. 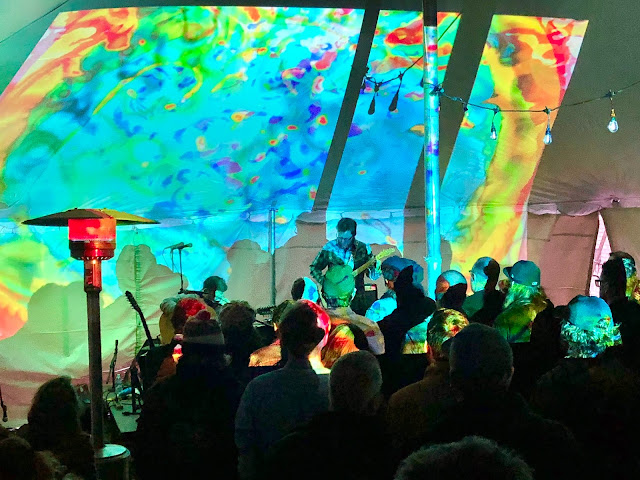 Please support these two superb musicians and excellent human beings by seeing their live shows, buying multiple copies of their great merchandise (your friends are starving for great music -- why aren't you buying them music?), and talking to them respectfully after shows unless they look tired or something.