Marisa Anderson at Acme Records and Music Emporium in Milwaukee on June 26, 2018

Marisa Anderson is truly a force to be reckoned with when it comes to solo guitar performance. I find her ability to remain rooted in tradition while simultaneously soar with experimentation an extremely enjoyable combination.

Milwaukee was treated to an unexpected visit from Marisa on June 26th -- a last minute cancellation and subsequent phone call to the owner of Acme resulted in about a week or so of lead-time before this performance. I was concerned that the lack of advance promotion might result in a thin crowd, but the regulars and a few new faces helped fill up the store -- and were treated to a masterful performance. 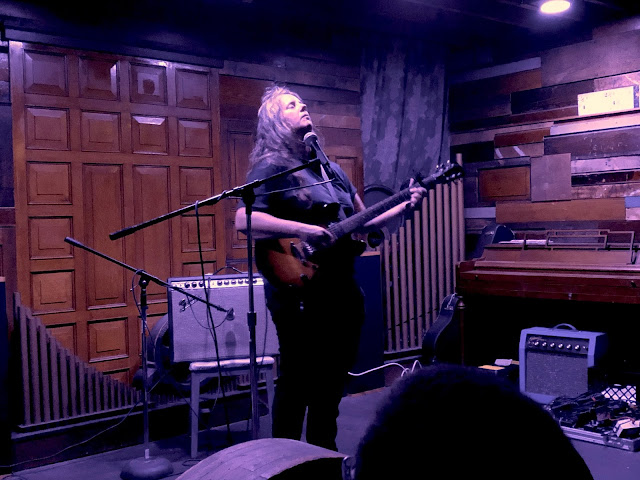 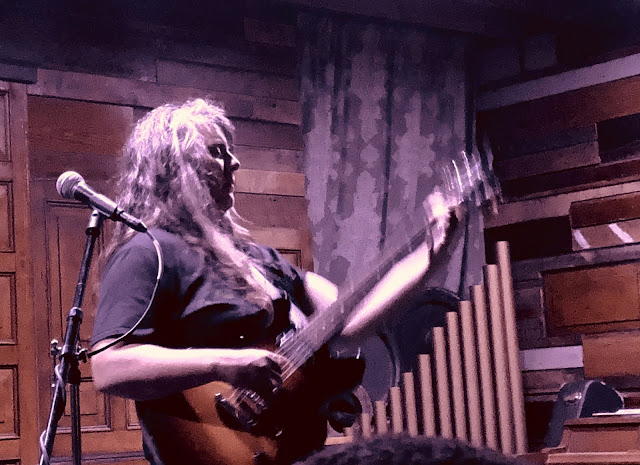 Marisa has just released a delightful LP on Thrill Jockey and is currently in support of it. She played quite a few pieces from it as well as a few older songs. It was a nice mix.

For those who might not have had the pleasure of listening to her before, a quote from a review of a prior release (2013's brilliant "Mercury" LP) neatly summarizes my reaction to Anderson's recordings:

"Three things will happen when you listen to Marisa Anderson's Mercury: you'll instantly get used to it, you'll never get tired of it, and you'll be flooded by your own personal filmstrip of dusty roads, rusty trains, craggy mountains, and weathered faces."
-Portland Mercury June 2013

Here is a sample song which you can stream:


This recording was made by Richard Hayes with explicit prior permission from Marisa Anderson as well as Acme Records.

I captured the audio of the performance utilizing a matched pair of Church Audio CA14 cardioid microphones which were fed into a Church Audio CA9200 preamp and recorded with a Roland R-05 recorder. I also recorded a soundboard feed and these two sources were blended in Audacity, split with Fission, and converted to ALAC and mp3 using xAct.

Please support this superb musician and excellent human being by seeing her live shows, buying multiple copies of her merchandise (your friends are starving for great music), and talking to her respectfully after shows.

A quick guide to download formats:
WAV = files which are able to be burned as a CD without any conversion steps. This is the largest size of file on offer here.
ALAC = stands for Apple Lossless Audio Codec, which is a method of making a lossless copy of an audio file with about 60% of the space required with a WAV file. You can natively play these files on any Apple device and enjoy the same resolution and sound quality as a WAV file (it just takes up half as much space on your hard drive or device).
mp3 - this is a lossy compression codec which utilizes psycho-acoustic "tricks" to drop certain audio information which is not noticeable under normal hearing situations. I am not a huge fan of mp3 but still find it useful because a high quality mp3 file will take up about 25% of the room on your storage device compared to a WAV file and about half as much as a ALAC file.